You may not see the results of nofap that you are looking for if you are not consuming healthy foods.

I have made a list of foods that helped me to pass all the stages of nofap and encouraged me to complete my nofap journey.

These foods provide you the essential nutrition which can boost your overall health and helps your dopamine levels get back to normal quickly.

(Dopamine:- Dopamine is the neurotransmitter that activates the pleasure and reward system in the brain)

Here is the list of 10 foods that you should eat while nofap.

Almonds and other nuts contain lots of tyrosine, which will get those dopamine levels up.

Cheese is another great source of tryptophan. A yummy favorite you could make is mac and cheese that combines cheddar cheese with eggs and milk, which are also good sources of tryptophan.

Both tyrosine and phenylalanine are naturally found in protein-rich foods like turkey, beef, eggs, dairy, soy, and legumes.

Studies show that increasing the amount of tyrosine and phenylalanine in the diet can increase dopamine levels in the brain, which may promote deep thinking and improve memory. 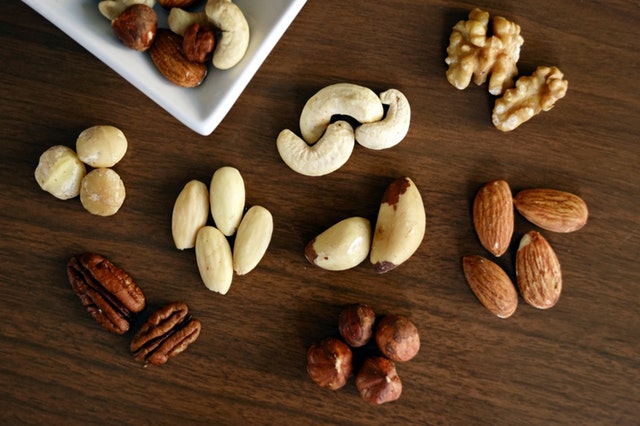 Other nuts, animal products, and vegetables, such as mushrooms and soybeans, are an outstanding source of selenium.

It is important not to eat too much selenium as it can cause side effects. The suggested upper limit for selenium for an adult is 400 micrograms per day. So be mindful not to take supplements with high doses or eat more than a 3 to 4 Brazil nut a day.

Brazil nuts and other nuts are also a reliable source of vitamin E. Vitamin E is an antioxidant. Antioxidants can be useful for treating anxiety, while some study has revealed that low levels of vitamin E may lead to depression in some people.

Fatty fish, such as salmon, mackerel, sardines, trout, and herring, extremely rich in omega-3. Omega-3 is a fatty acid that has a great relationship with cognitive function as well as mental health.

However, new research has shown that if a person consumes too much of another fatty acid, called omega-6, and not enough omega-3, they may raise their risk of growing mood disorders, such as anxiety.

A small research on 24 people with substance abuse problems discovered that EPA and DHA supplementation resulted in decreased levels of anxiety. However, more research is needed.

Salmon and sardines are also among the rare foods that contain vitamin D.

Other studies have generally found that dark chocolate or cocoa may improve mood. However, many of these studies are observational, so the results need to be interpreted with caution.

Although it is still unclear how dark chocolate reduces stress, it is a rich source of polyphenols, especially flavonoids. One study suggested that flavonoids might reduce neuroinflammation and cell death in the brain as well as improve blood flow.

Chocolate has a high tryptophan content, which the body uses to turn into mood-enhancing neurotransmitters, such as serotonin in the brain.

Dark chocolate is also a good source of magnesium. Eating a diet with enough magnesium in it or taking supplements may reduce symptoms of depression.

When choosing dark chocolate, aim for 70 percent or more. Dark chocolate still contains added sugars and fats, so a small serving of 1 to 3 grams (g) is appropriate. 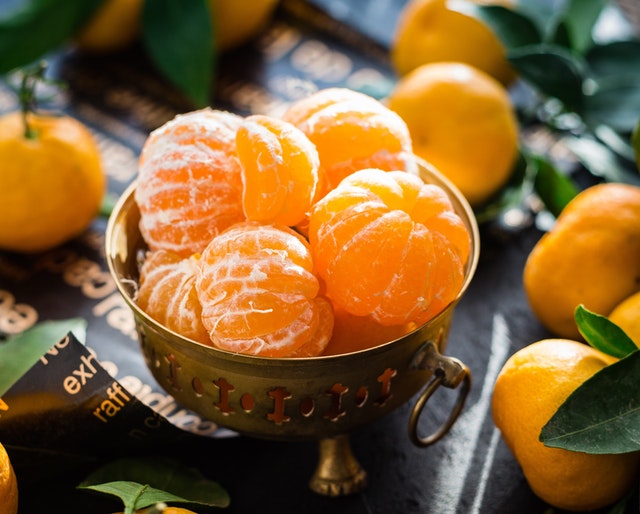 Most people turn to vitamin C after they’ve got a cold. That’s because it supports to build up your immune system. Vitamin C is believed to increase the production of white blood cells. These are essential to fighting infections.

Because your body doesn’t create or store it, you need daily vitamin C for continued health. Almost all citrus fruits are great in vitamin C. With such a variety to pick from, it’s easy to add a squeeze of this vitamin to any meal.

Blueberries contain a type of flavonoid called anthocyanin, which has antioxidant properties that can help boost a person’s immune system. A 2016 study noted that flavonoids play an essential role in the respiratory tract’s immune defense system.

Researchers found that people who ate foods rich in flavonoids were less likely to get an upper respiratory tract infection or a common cold than those who did not.

Garlic is a common home remedy for the prevention of colds and other illnesses.

One review looked at whether taking garlic supplements containing allicin reduced the risk of getting a cold.

The group of participants taking a placebo had more than double the number of colds between them than those taking the garlic supplements. However, the researchers concluded that more research is necessary to determine whether or not garlic can help to prevent colds.

While it’s used in many sweet desserts, ginger packs some heat in the form of gingerol, a relative of capsaicin. Ginger may help decrease chronic pain and may possess cholesterol-lowering properties, according to recent animal research. 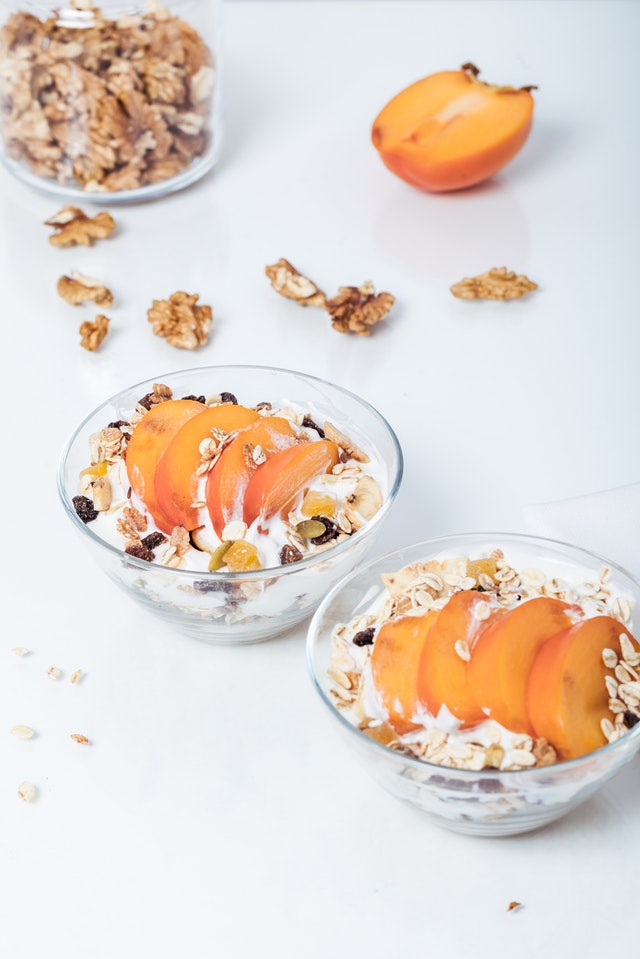 Oatmeal is a meal made from rolled or ground oats. Interest in oatmeal has increased considerably over the last 20 years because of its health benefits.

The research found that cereal’s soluble fiber content helps lower cholesterol levels. When these findings were published in the 1980s, an “oat bran craze” spread across the U.S. and Western Europe.

In 1997, the Food and Drug Administration (FDA) agreed that foods with high levels of rolled oats or oat bran could include data on their labels about their cardiovascular heart benefits if accompanied by a low-fat diet. This was followed by another surge in oatmeal popularity.

Oats are rich in complex carbohydrates, as well as water-soluble fiber, which slows digestion down and stabilizes levels of blood glucose. Oatmeal is rich in B vitamins, omega-3 fatty acids, folate, and potassium. Coarse or steel-cut oats contain more fiber than instant varieties.

Broccoli is rich in fiber, calcium, potassium, folate, and phytonutrients. Phytonutrients are compounds that reduce the risk of developing heart disease, diabetes, and some cancers. Broccoli also contains vitamin C, as well as beta-carotene, an antioxidant.

A single 100-gram serving of broccoli can provide you with over 150 percent of the recommended daily intake of vitamin C, which in large doses can potentially shorten the duration of the common cold.

Another ingredient, sulforaphane, is also said to have anti-cancer and anti-inflammatory qualities.

However, overcooking broccoli can destroy many of its nutrients. Eating it raw, or lightly steamed is best.

Apples are an excellent source of antioxidants, which combat free radicals. Free radicals are damaging substances generated in the body that cause undesirable changes. They are involved in the aging process and some diseases. Some animal studies have found that an antioxidant found in apples (polyphenols) might extend lifespans.

Researchers at Florida State University said that apples are a “miracle fruit.” In their study, the investigators found that older women who started a regime of eating apples daily experienced a 23 percent drop in levels of bad cholesterol (LDL) and a 4 percent increase in good cholesterol (HDL) after just 6 months.

Studies have shown that a high intake of dark leafy vegetables, such as spinach or cabbage, may significantly lower a person’s risk of developing type 2 diabetes. Researchers at the University of Leicester said that the impact of dark green vegetables on human health should be investigated further after they gathered data from six studies. They reported their findings in the BMJ.

Spinach, for example, is very rich in antioxidants, especially when uncooked, steamed, or very lightly boiled. It is a good source of vitamins A, B-6, C, E, and K, as well as selenium, niacin, zinc, phosphorus, copper, folic acid, potassium, calcium, manganese, betaine, and iron.

Sumit is a chemical engineer and a motivational speaker. He is a regular contributor to MrMindBlowing.com.

How to Handle a NoFap Relapse

How to Handle a NoFap Relapse

Is NoFap Worth Doing?

Is NoFap Worth Doing?